Hi again! If you made it this far I guess you are ready to hear my story. This is on a pretty high level, so feel free to ask for details!

As most young lads, I was on the mission to become a professional football (soccer, just to be clear) player and even if I had the pleasure of winning the top league as a junior, I ultimately decided to focus on my studies in Computer Science at Chalmers. The ambition to work hard to be the best, perform when needed and the clear concept of winning or losing are instrumental lessons my years in football taught me, combined with the ability to work with any constellation of people.

My master thesis at Chalmers ended up as a startup (Sway Systems), supported by Chalmers Innovation (today Chalmers Ventures), with the ambition to deliver a SaaS project management tool before SaaS B2B even was a thing. After 2 years outside my comfort zone (cold call sales, fairs, events, recruitment, securing funding, office fika, etc), the funding was spent. Since the customer base wasn’t large enough, it was time to close shop. A journey travelled with grit, ambition and learning by doing was over.

Getting hired as consultant at Logica (today CGI) was a nice feeling – getting paid each month, without the staff responsibility. I started out as Software Developer, quickly moved into Team Leader and then Project Manager. I worked with tiny and huge projects. During this time, I explored Agile and became an Agile coach and advocate. Best project during that time was a challenging migration project of business critical systems with an extremely short deadline. During that time, the first iPhone and Android phone was released. I moved into business development focusing on mobility and apps. Somewhere around here I got tired of the huge organisation and slow execution. I followed my project manager mentor to Acando.

My first week at Acando, I sold a fairly big mobility project that became my main focus during the first year. On average, I worked with 5 projects at the same time. Agile coach, Project Manager, Management Consultant and Pre-sales – all in a magnificent mix. Getting a small award for best new recruit in Gothenburg was proof of my ability to quickly create value. However, eventually I got tired of the focus on hours instead of value. Luckily, a previous co-worker had joined SpeedLedger and helped me set a meeting with the CEO.

SpeedLedger is a product development company that delivers e-accounting to the Swedish SMB market.  Joining initially as Retention & Engagement Manager to reduce customer churn, within the first month I was highly involved in the Due Diligence process that lead to new owners, HgCapital from London. I became Product Owner for SpeedFeed (a separate product in the company) and eventually acting Marketing Manager. I launched investment in Online Sales with Content Marketing and metrics as key drivers. Later on, I also became Support Manager and after my first year, I transformed to Growth Captain (and Product Owner for a growth team), a role that later evolved into COO. All in all, I was a key player for the growth and operational performance. Thanks to a supportive CEO, I learned a lot and was frequently challenged. After 3 years I found Adfenix when participating in the feedback group as they prepared for the A-round.

Realizing the potential of Adfenix, I felt that I needed to join and help them with the massive growth they were planning. In my first 6 months, I hired more than 30 people, participating in transforming the company from 15 to 70 employees, from ad-hoc and patchwork to structure and teamwork. Being allround, as you need to be in a startup, my roles changed frequently, but always focusing around the role of a COO. Eventually I had done what I could for Adfenix and decided to find my next venture.

It was time for my next venture! Joining Inteleon was my top pick. They deliver the parking payment solution SMS park. With a steady growth passed years, reaching a head count on roughly 80 people, they were in need of a COO and experienced leader. Since the current owners desired a change of ownership the CEO was mainly focused on that process and needed a COO to keep the organisation performing and strengthen the management team. Inteleon was acquired by EasyPark (the main competitor in Sweden) and the management team was resolved along with several teams. Mission accomplished in terms of selling the company, but sad to leave a good place!

Today I’m COO at Oddwork, an Employer branding and recruitment company in Gothenburg. First time without a clear focus on tech – instead the mission is to transform a house of talented and inspiring people to experts on a global level. A journey for the upcoming 10 years with a dream of making the best possible impact on peoples lives by developing clear company cultures and match them with the right people.

During this time I have achieved a solid growth in my family and are a proud father of 3 girls. 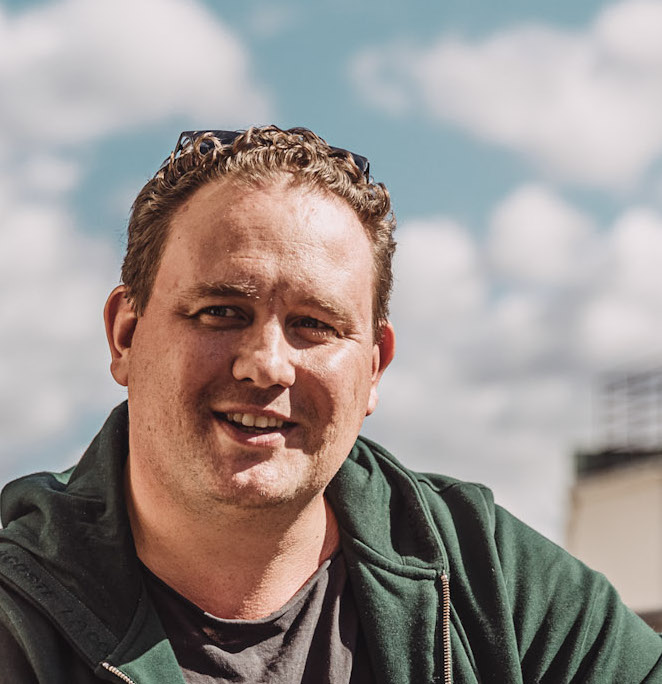